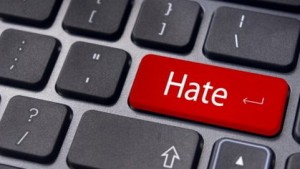 Banning the promoters of online hate speech and preventing broadcast thereof are not only acts of civic responsibility. For journalists, this is the fulfilment of a basic duty: providing readers, viewers and listeners with real facts.

Journalists should be aware of the danger of discrimination being furthered by the media through hate speech following recent debates and media coverage on migrant and refugees crisis in Europe.

Ricardo Gutiérrez, the EFJ General Secretary said, “Journalists should dare to denounce and confront hate speech publicly. They have the ethical responsibility to counter racist and discriminatory messages and comments that incite hatred, violence or insult on other people in the public sphere.”

Bricks project joined the campaign and support the fight against hate speech online.

Here you can join the campaign #nohatespeech.. get yourself involved!