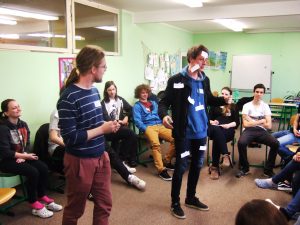 We are just before school holiday right now so it is a good timing for brief looking back at implementation of our workshops combating hate speech at high schools. Till now we have implemented 25 workshops for over 450 students and their feedback is really positive. To think about hate speech like about something problematic was for most of them very new. Students were not familiar with terms “dangerous speech” or “hoax”. In their own words they will be more aware of what they will learn from media and what they will share on social media from now on. However they are still trying to find their border of irony/humor and hate speech.   Do you know where is yours? What can be still considered as a joke and what is over line? This is an interesting point for deeper reflection for everybody of us. 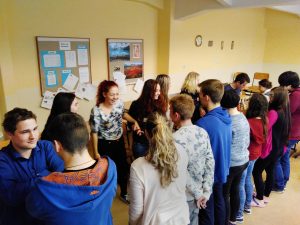 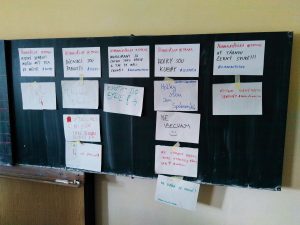 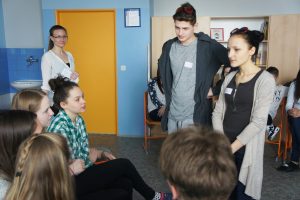 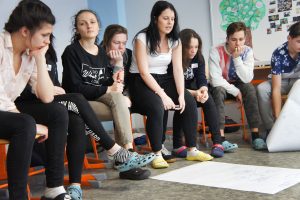 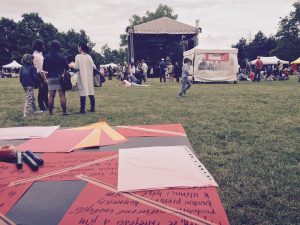 The audience were mainly families with kids – while the adults had the opportunity to try the quiz “know the religion of head covers,” children were trying to form a nice speech and write it down on inflatable balloons or create a picture. The goal was clear – to trump hate speech, which were hung  around, by children (or adults) messages. Adults participants had also opportunity to become familiar with the research realized in the area of hate speech. 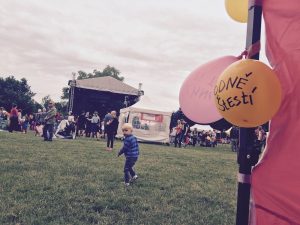 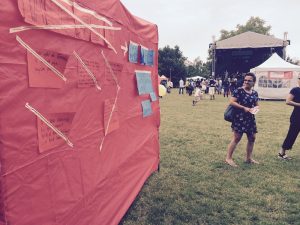 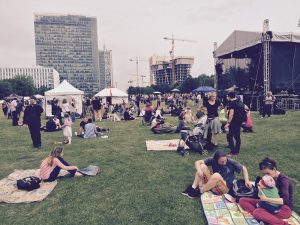 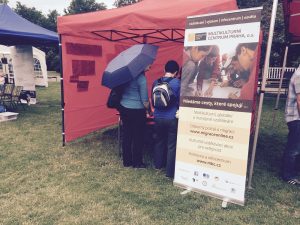 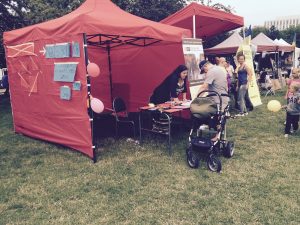 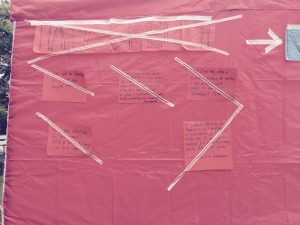 The European Commission has joined up with Facebook, Twitter, Youtube and Microsoft to announce and introduce a code of conduct, which aims to deal with hate speech online. The IT companies agreed to several commitments in order to combat the problem. One of these commitments is:

“The IT Companies have to review the majority of valid notifications for removal of illegal hate speech in less than 24 hours and remove or disable access to such content, if necessary.”

You can find the official EU-Commission press release and the other commitments here.

Since the announcement there have been varied reactions. The German media hasn’t taken too kindly to the reform. The general consensus seems to be that it is a good first step into the right direction but that it is not enough for the IT Companies to just be able to secure their good image. These reactions mainly stem from the very vague wording of the code of conduct.

For more information and further reading you can read a “ZEIT” article about the topic here or an interview by Deutsche Welle with German spokesman Hendrik Zörner of the DJV (German Journalism Union) here.