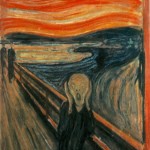 This article was published on the Italian magazine “Prospettive Altre”, promoted by COSPE and ANSI, the National Association of Intercultural Journalists.

The objective of Karim Metref, Italian journalist and trainer of Algerian origins, is to present some definitions about hate speech and related issues.

Hate speech is speech that attacks a person or group on the basis of attributes such as gender, ethnic origin, religion, race, disability, or sexual orientation. This term is linked to any public hate speech, discrimination or violence: public speech, written speech, audio or video speech spread by media, banners and slogans used in politics, cultural and sporting events and manifestations. As well as opinions and comments posted on social media such as: blogs, social networks, forums…

racism is a prejudice, discrimination, or antagonism directed against someone of a different race based on the belief that one’s own race is superior.

xenophobia  is the fear of that which is perceived to be foreign or uncommon, and desire to eliminate its presence. Xenophobia can also be exhibited in the form of an uncritical exaltation of another culture and it includes fear of losing one’s own identity.

sessism, omophobia, transphobia are types of discrimination based on gender and sexual orientation.

anti-Semitism is prejudice against Jews as an ethnic and religious group, it’s widely considered to be a form of racism.

anti-Muslim sentiment is the prejudice against, or fear of the religion of Islam or Muslims.

Hate speech is everyone’s responsibility. We have to change mental approach to limit this movement, working with young people to make them aware of the consequences of hate speech and get close to a intercultural education and a civic society.